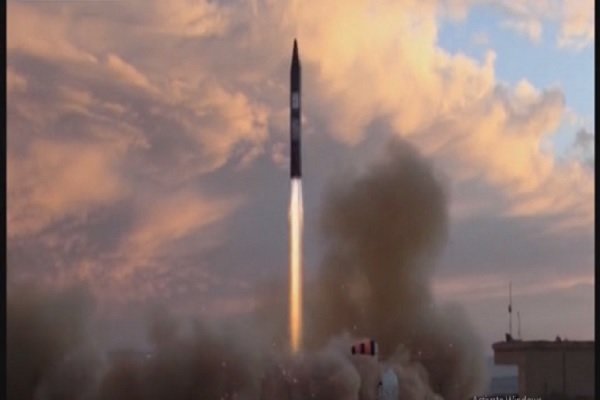 The Khorramshahr missile is Iran’s third missile with a range of 2,000 kilometers. The missile weighs more than 1 ton which can carry several warheads by the range of 1800 kilometers.

The missile was unveiled at a military parade on Friday in Tehran, marking the 36th anniversary of the Saddam’s invasion of Iran which imposed an eight-year long war on the Islamic Republic. All divisions of Iranian armed forces took part in the military parades all across the nation. The parade in Tehran was held in the presence of President Hassan Rouhani.

The unveiling of the new ballistic missile came as US President Donald Trump threatened to walk away from the nuclear deal under the pretext of Iran’s missile tests.

Iran has repeatedly stressed that its missile program is purely for defensive purposes.